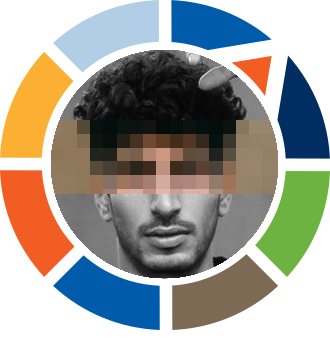 Civil Society Activist
"I have so many apps on my phone, because I need to communicate with others. I wish everyone would agree to just use one."

Majeed is a civil society activist who works with a large network of Syrian activists involved in efforts to advocate for democracy. He is well respected within this community.

He needs to use a plethora of communication applications to coorainate with activists and influencers. Communication is critical to their cause and success.

Majeed is most concerned that he will become a target of the Syrian government and their allies.

Majeed needs to maintain contact with many activists, but wants to reduce the number of applications he uses.

He also needs to reduce the risks he faces and exposes others to.

He is afraid that personal information or incriminating data about him or his network will be exposed.

He is worried about losing contact with people due to application deprecation.

It is also possible that Majeed’s devices could be lost or confiscated.

Majeed is computer and mobile literate and is also aware of digital threats.

He is well respected and is considered a leader in the community.

He is not dependent on the government internet.

There are so many communication applications out there. How do I know which is the best?

The more applications I use, the more I am exposed to risk if one is compromised. How can I mitigate that?