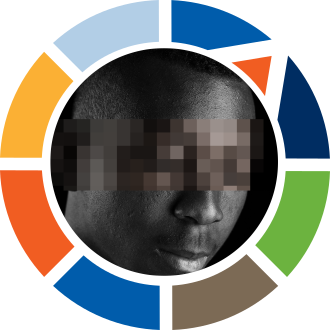 LGBTI Activist
"Tracking my volunteers helps me keep them safe"

Paul is LGBTI in Uganda, where it is illegal and not socially accepted. He faces both ostracism and physical risk.

Paul and his organization work with politicians and civil society leaders to improve the acceptance of LGBTI issues across Uganda.

Paul is currently leading an internal project at his organization to improve their security practices - both at the organization and at many staff members' homes, they have biometric alarm systems installed after a series of break-ins and office raids where laptops were stolen. Other practices Paul is working to address are sharing laptops in the office and discouraging using cybercafes.

Paul is between 29 and 35. He is single and lives alone, as his close family have emigrated.

Ability to have an active social and family life

Office and home raids and robberies; including the seizure of laptops. Stolen information can be sold to the media, which “out” activists publicly

Paul has developed complex operational security practices, such as having personal protocols of how to engage with new contacts in public spaces instead of at the office, to reduce associational risk.

After recent office raids, Paul and other staff have moved to saving documents in cloud storage and not on laptops.

How do I protect information against my devices being confiscated?

How do I encourage colleagues, partners, and funders to adopt better security practices?