Power to the Users -- From trainings to the UXForum and onwards.

Three years ago, I led a digital security training for independent media in Kyiv during the peak of the EuroMaidan protests. It didn’t go as planned.

This spring, we returned. We worked with an amazingly skilled trainer who led the local Digital Security School which had since emerged thanks to the hard work of eQualit.ie, and we brought together an amazing community of experts and practitioners who face complex challenges in their work as they dealt with the repercussions of the post-Maidan Ukrainian reality. This alone would have made for a successful training; but our goal with USABLE is to scale beyond this and get to underlying problems around tool uptake. So, we also brought a designer (who is now leading frog design’s social impact team) and a developer who led a digital security tool that the community was interested in learning more about. 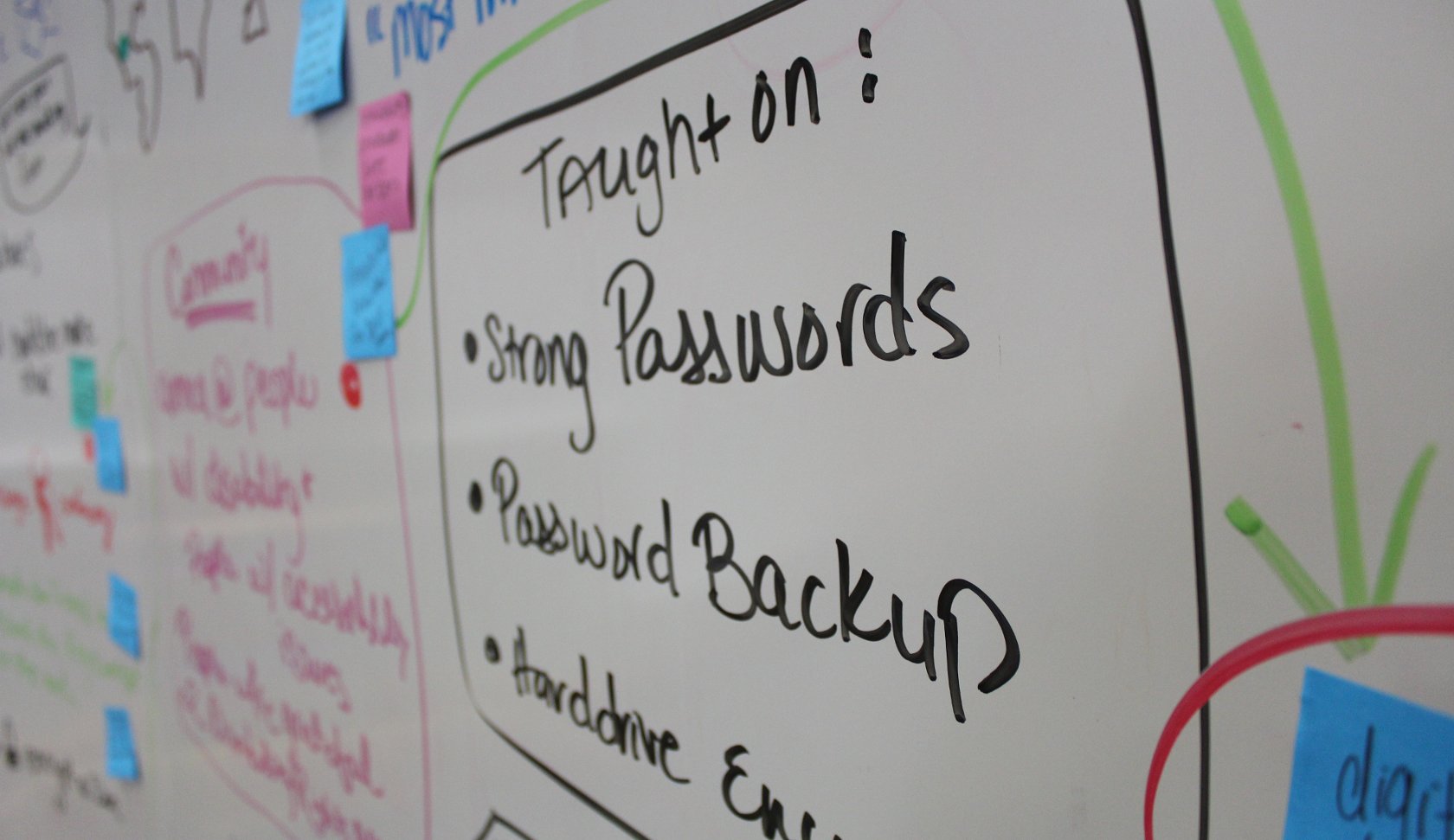 Building this “Tool Feedback Training” approach to connecting high-risk users and tool developers through the training and design process, and the results we have already achieved, has been an amazing journey. It may – and should – seem simple, but the complexities of making that precise connection is far too often presumed, but not actually done. Real people facing very specific and complex security challenges become an amorphous “they.” “They” needs many things from constant, bleeding-edge security improvements to changes supporting very specific use cases; but it turns out that if you actually engage the people beyond the “they” - that you learn real, often simple, changes in user experience are the path forward.

The Kyiv training followed tightly on the heels of another, and we then went on to test this approach out in 5 total communities across the globe, from LGBTI activists to election monitors to media activists to women journalists to persons with disabilities. Each training blew our minds in new and amazing ways. Can the tool protect you against both censorship and intense surveillance? Can it be used with a screen reader? Does it work offline if the network is shut down?

After these events across the world and thanks to our funders, including the Department of Human Rights and Labor, Yahoo! and Vodafone, we were able to bring the facilitators and many of the participants back together for a week-long event in San Francisco - the first ever UXForum for digital security tools. The Forum brought the trainers, designers, developers, and at least one community member from each of our Tool Feedback Trainings, as well as inviting in additional members of the open source and corporate communities. We worked through difficult problems impacting all of the communities, shared stories and threats faced, and mapped out ways to move forward - how to better connect users, trainer, and developers, how to weave user testing into trainings effectively, and developers and designers worked on paper prototypes and explored using their tools through screen readers. Yahoo! even hosted the trainers and community representatives to share their experience at Yahoo! and visit with Yahoo’s UX and Accessibility labs - read more on Yahoo’s Tumblr.

The week closed with some clear next steps and, at the open-to-the-public “UX in a High Risk World” event; the opening of the UXFund, targeting usability enhancements to open source digital security tools committed to user engagement throughout the process. The Fund’s first round closes at the end of this month – apply at /uxfund!